Panettone covered with pistachios and stuffed with a white chocolate cream

THIS PRODUCT IS NO LONGER AVAILABLE.

Imagined by Michel Favuzzi and Nino Marino, the Sicilian artisan behind our famous pistachio cream, our panettone is covered with pistachio white chocolate icing as well as Bronte PDO pistachios, stuffed with creamy white chocolate.

Each panettone is kneaded by hand, with countless hours of rising to obtain a soft, delicious and unique cake, before being cooked in small batches in Nino’s laboratory, nestled in volcanic stone at the foot of Mount Etna, in Sicily.

Bronte PDO pistachios grow on the steep, rocky lava flows of Mount Etna, almost as a challenge to nature, a symbol that speaks to the constant commitment of the Sicilian people in their search for goodness and beauty. A search that has been ongoing for centuries, since the first settlers who gradually introduced the concept of perfection and refinement into their way of working. The ingredients of our recipe, for example, were introduced into Sicily at the time of the Arab invasion, which has contributed not only to the culture, but also to the gastronomy of all Sicily. Over time, new delicacies have entered the culture and have become gourmet masterpieces that are appreciated around the world. That's why we have dedicated our 2019 Favuzzi Panettone to the pistachio from Bronte. 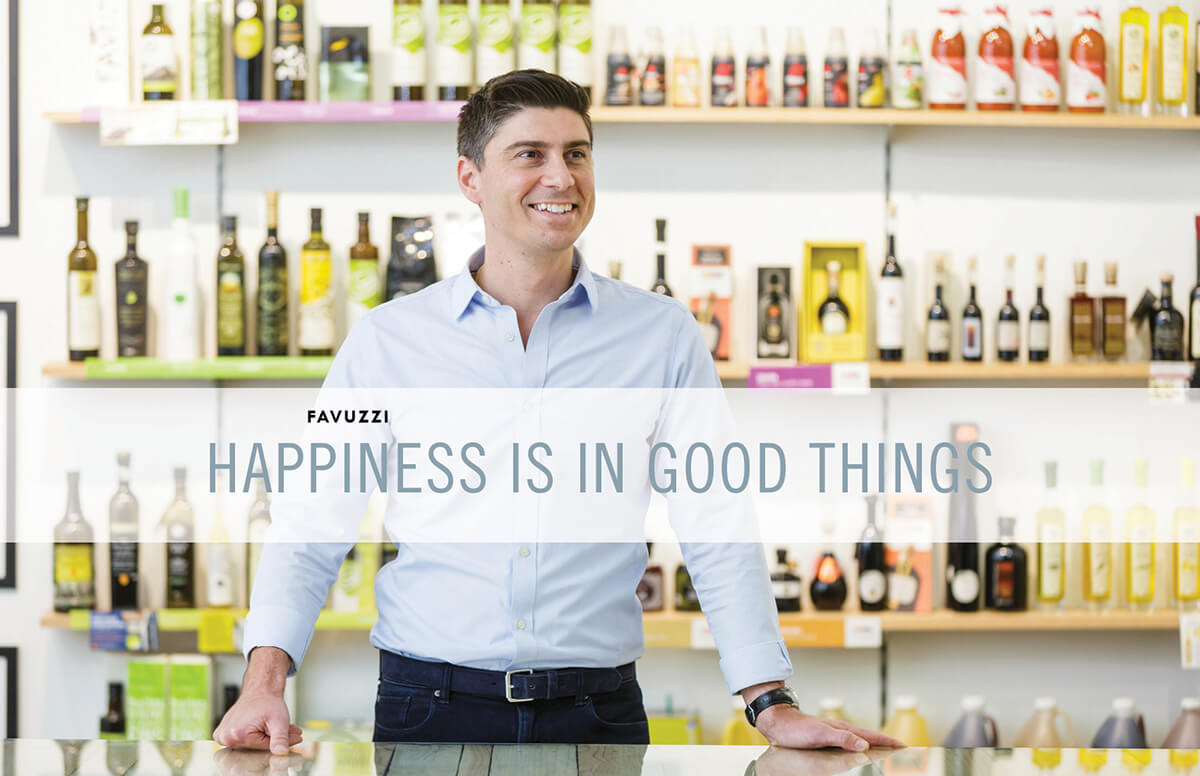 Founded in 2001 by Michel Favuzzi, the son of Italian immigrants to Canada, while he was still at university, Favuzzi turns 15 this year. However, the company was built on traditions that took root long before its creation, dating back hundreds of years. Let us take a brief look back at Favuzzi’s story.

Pietro, 18, hops on his bicycle to go meet his father, Michele Favuzzi, on the family’s land. For generations, the Favuzzis have built their lives around the harvests. Amongst the fig trees, the almond trees, the cherry trees and the vines, the olive trees dominate the landscape with their knotted trunks and silvery leaves. In Molfetta, a small town on the Adriatic coast, the growers are easy to recognize with their worn hands, their faces tanned and wrinkled by the Mediterranean sun and their backs bent from hard labour.

Some 30 kilometres away, Pietro’s future wife Nella Mattiace, one of six children, warms her hands over a kindling fire on her father’s farm. The olive harvest continues in Toritto on this early-January morning. A few small plots of land suffice to meet the needs of her family. Green vegetables grow between the olive and almond trees: chard, wild arugula, beans and rapini. No one here has ever heard of the “Mediterranean diet”. In fact, no one has ever known anything else. Everything is sourced locally. The land, sun and sea provide everything people need for a happy, healthy life. And of course, everything is drenched in olive oil. Local specialties include orechiette with rapini, anchovies au gratin, minestrone, barley and chick pea soup, rice with potatoes and mussels, stuffed artichokes, peppers and eggplants, grilled cod, octopus and bean salad, mackerels with capers, asparagus frittata and many other typical dishes!

It is a day like any other for Pietro, and yet it marks the end of a destiny that should have led him to tend the olive grove, the way his family has done for generations. Tomorrow, he won’t be going to work with his father. Instead, he will fly to America, where a bright future is said to await young people. Pietro will keep a special place in his heart for the salty fragrance of the sea and the aromas of his mother’s cooking. Nella leaves the following year and it is here in Montreal, some 10,000 km from their native land, they meet for the first time. 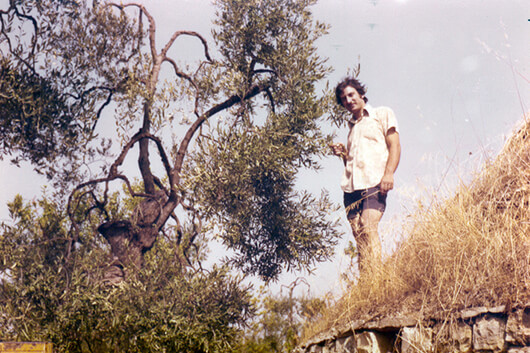 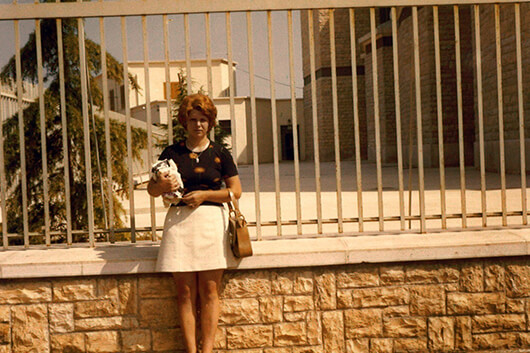 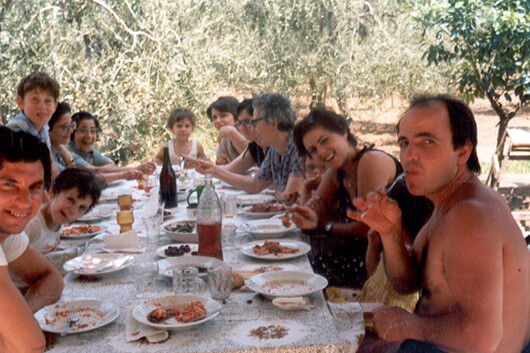 Born in Montreal, far from the olive trees, Michel Favuzzi, 22, is about to board a flight to Italy. Even though Italian is his mother tongue and he grew up eating his parents’ regional specialities, Michel only becomes aware of his family’s oil-producing heritage at the beginning of his university studies, when his uncle Damiano Favuzzi, a chef and olive grower, proposes he import an extra virgin olive oil bearing a denomination of protected origin. This oil is produced by the cooperative to which most of the family members still living in Molfetta belong. The cooperative has just launched its own brand, Goccia di Sole, after years of selling olive oil in bulk to traders in the north of the country.

Michel makes contact with the Mediterranean way of life in its full glory. He discovers common traits in all the members of his family. They are all deeply attached to the land and passionate about doing things well. They all practice integrated agriculture and care more about taste than they do about yield. Food is part of every conversation and even starts a few heated discussions, in typical Italian style. His uncle’s invitation gives Michel, the son of immigrants, the perfect occasion to connect with his roots. He returns home determined to rebuild ties with the land and to promote the riches of the Mediterranean. 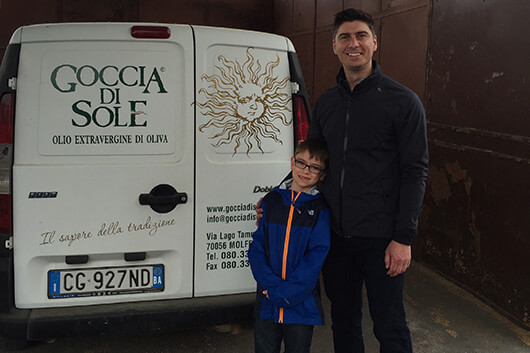 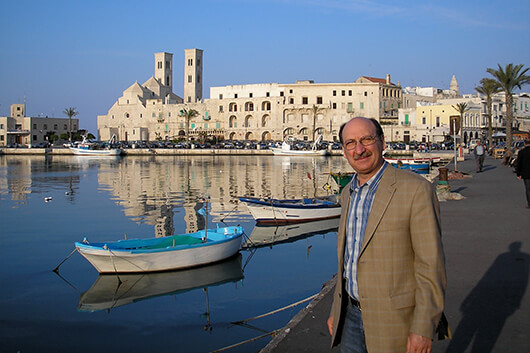 The rest of the story is one many entrepreneurs can relate to: modest beginnings in the basement of the family home, in Laval’s Vimont neighbourhood, when Michel was still a student; innumerable crates of olive oil delivered to fine food stores in Quebec and Ontario from the trunk of an old car; the move to a first small warehouse in the Mile-End; countless work hours; thousands of in-store tastings; hiring a first employee. Michel’s best childhood friend, Simon Levasseur, then joins him on his adventure. Slowly, the number of customers increases, as does the product offering. The company moves to a larger warehouse, then another larger still, and finally acquires a building in the Ahuntsic neighbourhood, right in the city, in 2012. Partnerships with Canadian distributors ensure a presence from coast to coast. While olive oil remains the company’s main focus, hundreds of quality food products are added to its catalogue. Fifteen years after its creation, relying on the strength of a committed, creative team counting some 20 employees, Favuzzi has become one of Canada’s leading distributors of gourmet food products and has ranked twice amongst the 500 fastest-growing companies in the country (in 2013 and 2015). 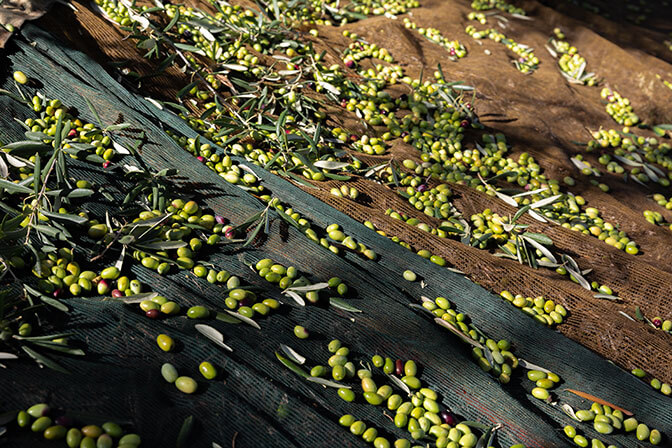 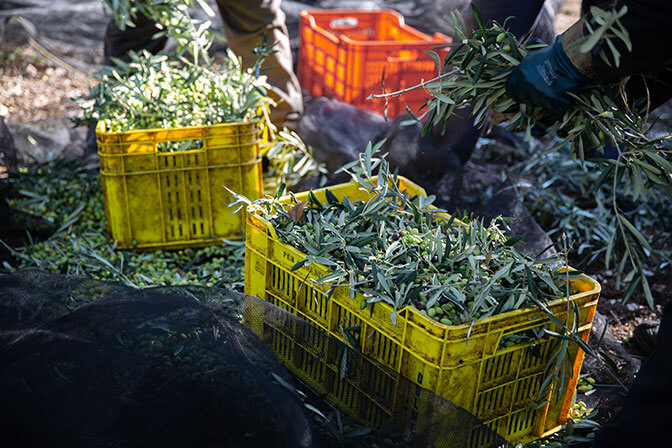 A few years ago, in addition to importing and distributing distinctive premium brands from near and far, Favuzzi started investing in production companies to launch its own line. Building on the family tradition, as well as years of experience meeting with producers from around the globe and learning to distinguish true quality, the Favuzzi brand name is meant to reflect the best on the market. We are committed to creating authentic tasting products made with natural ingredients of the highest quality by relying on the know-how of expert artisans. In a world where the food offering is increasingly standardized, we want to continue bringing you diversity and wonder. 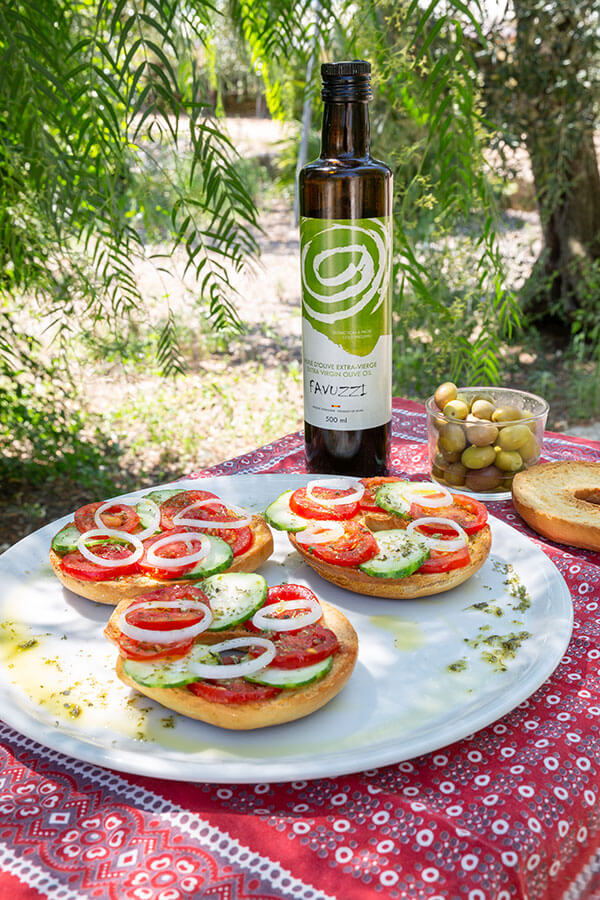 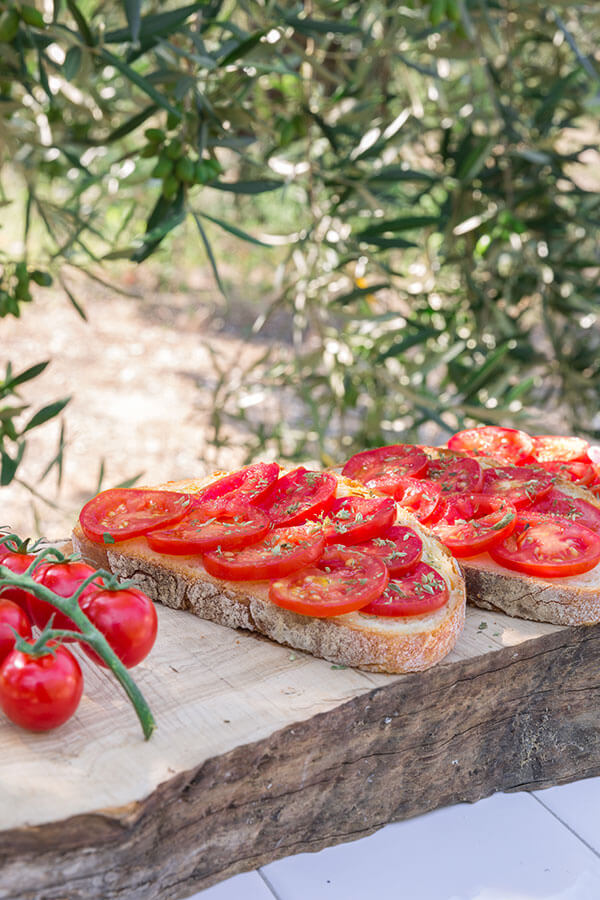 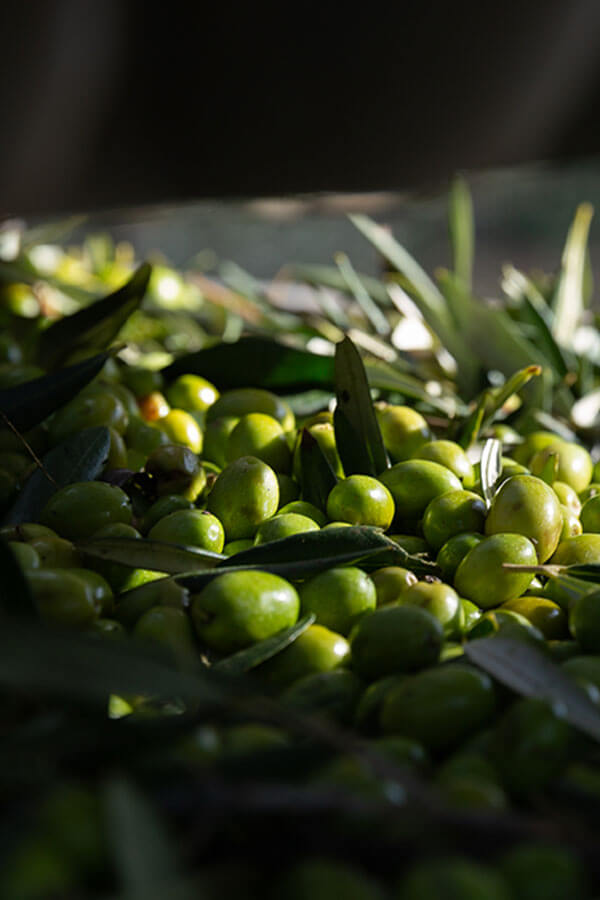 The food we eat is a central part of our lives and has a direct influence on our well-being. We want to share the pleasure that comes from good food and surround ourselves with passionate gourmets and anyone who finds happiness in good things, in order to inspire as many people as we can to the same ! Will you join us ?

Click this link to view our range of Favuzzi brand products : http://www.favuzzi.com/en/category/favuzzi-selection .