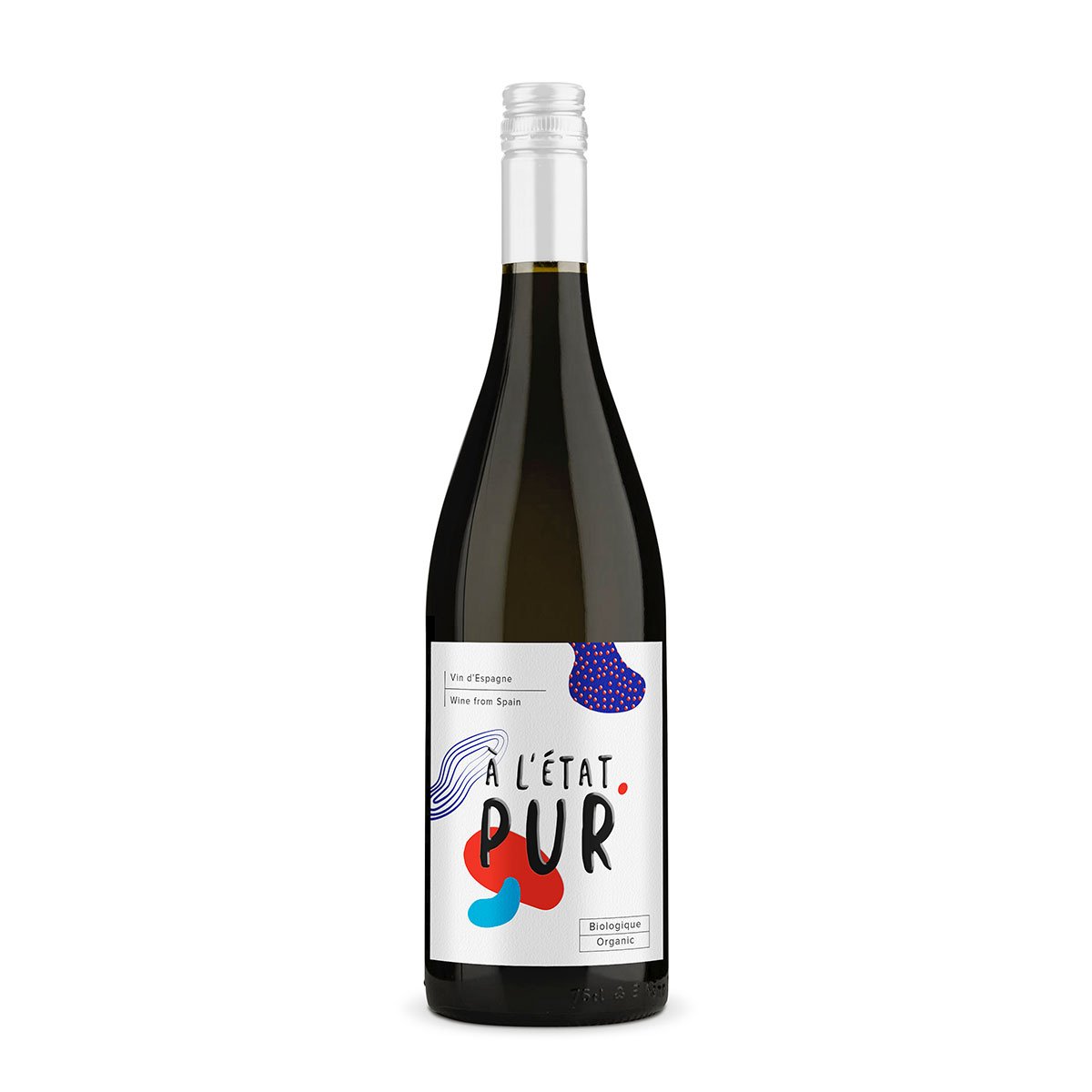 An organic vegan wine from a producer committed to sustainable development.

This wine has one of the lowest sulfite contents compared to others sold in grocery stores and at the SAQ. À L’ÉTAT PUR wine is preserved by nitrogen added inside the bottle to prevent oxidation.

Featuring a deep purple colour, the wine is rich and supple on the palate, with full-bodied tannins and a smooth texture. The tasting ends on notes of spice and dark fruit, adding a nice overall balance.

The wine comes from a vineyard located in Jumilla, in southeastern Spain. The grapes are harvested from organic vines, grown at an altitude of 850 metres on sandy limestone soil covered with white and beige stones from the neighbouring white marble plateau.

The traceability of this international wine is ensured “from vine to glass.”

Bodegas Juan Gil initiated a closed-loop wine production system that is one of the most important, if not the most important, in Spain and in all of Europe. The estate’s 750 hectares of vines are cultivated following organic principles, while its production methods are ecologically responsible: plant waste is composed and transformed into humus* used to fertilize the soil, and electricity is generated from solar panels.

*Humus refers to the top layer of soil, created, maintained and modified via decaying of organic matter, mainly through the combined action of animals, bacteria and fungi present in the soil.

The winemaking process is kept as simple as possible, with minimal processing of the grapes.

The grapes are transported to a vibrating table where they are sorted by a laser machine (the same method used for the grands crus classés of Bordeaux).